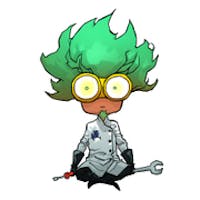 Educated in Cambridge, Keiō (Tokyo), and Oxford Universities, Chris Goto-Jones is Dean of Humanities and Professor of Philosophy at the University of Victoria. He is also a Professorial Research Fellow at SOAS, University of London, and guest Professor in the Honours Academy at Leiden University, where he was previously Professor of Comparative Philosophy & Political Thought, Professor of Modern Japan Studies, and founding Dean of Leiden University College, The Hague. He is a VICI laureate of the Netherlands Organization for Scientific Research (NWO), and Director the Mental Praxis project concerning Mindfulness and Philosophy. He is a fully trained and experienced teacher of Mindfulness, meditation, and various martial arts; he is also a supervisor of Mindfulness teachers.