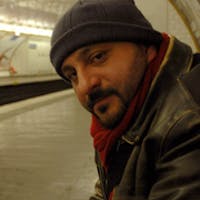 Dariush Derakhshani is a VFX and CG supervisor in Los Angeles and an award-winning CG generalist-lighter. He is the author of several Maya books, including the best-selling Introducing Maya—now going into its 12th edition and translated into more than a dozen languages—and 3ds Max. He has been an educational resource on Maya around the world for eight years. Dariush has been an animator and supervisor on commercials, television, and feature films for close to 17 years at such places as Pixomondo, Digital Domain, Zoic Studios, Radium|ReelFX, Café FX, Rhythm and Hues, Sight Effects, and the hit show South Park. Dariush earned a BA degree from Lehigh University in Architecture and Theatre and also holds an MFA degree in Film, TV and Computer Animation from USC Film School. An ardent believer in the power of education, he has been teaching in a professional capacity since 1993—and specifically Maya and visual effects classes for 14 years for schools such as UCLA Extension, Art Institute of California, and Gnomon, as well as authoring video training for Video2brain.com. He is currently teaching classes in animation and visual effects in Los Angeles and has been publishing tutorials, articles, and computer hardware reviews on Maya for over eleven years in such print and online publications as Post, CGW, 3D World, HDRI3d Magazine, DigitalMediaNet.com, and AWN.com. He is an active member of the Visual Effects Society and has won a London Advertising Award for commercial effects, is a multiple recipient of the Telly and Addy Awards, has won the Bronze Plaque from the Columbus Film Festival, and is a proud VES Awards nominee.