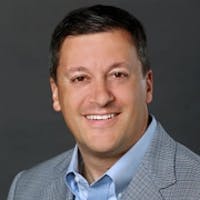 Dr. Edward G. Amoroso is Chief Executive Officer of TAG Cyber LLC, a global cyber security advisory, training, consulting, and media services company supporting hundreds of major organizations across the world. Ed recently retired from AT&T after thirty-one years of service, beginning in Unix security R&D at Bell Labs and culminating as Senior Vice President and Chief Security Officer of AT&T from 2004 to 2016. He was elected an AT&T Fellow in 2010. Ed is Research Professor in the Computer Science Department at the NYU Tandon School of Engineering, and a Senior Advisor at the Applied Physics Laboratory at Johns Hopkins University. He is author of six books on cyber security, and dozens of major research and technical papers in peer-reviewed journals and conference proceedings. Ed has also been Adjunct Professor of Computer Science at the Stevens Institute of Technology for the past twenty-nine years, where he has introduced over three thousand graduate students to the topic of information security. Ed holds the BS degree in Physics from Dickinson College, the MS/PhD degrees in Computer Science from the Stevens Institute of Technology, and is a graduate of the Columbia Business School. He holds ten patents in cyber security technology, and he served previously on the Board of Directors for M&T Bank and the NSA Advisory Board. Ed’s work has been highlighted on CNN, the New York Times, and the Wall Street Journal. He has worked directly with four Presidential administrations on issues related to national security, critical infrastructure protection, and cyber policy. He and his wife Lee live in New Jersey and are the proud parents of three wonderfully successful Millennials.