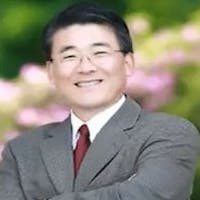 James Won-Ki Hong is Dean of Graduate School of Information Technology (http://gsit.postech.ac.kr), Professor in the Dept. of Computer Science and Engineering (http://cse.postech.ac.kr), and Director of Distributed Processing and Network Management Lab (http://dpnm.postech.ac.kr/) at POSTECH, Pohang, Korea. James worked as CTO and Senior Executive Vice President for KT from March 2012 to Feb. 2014, where he was responsible for leading the R&D effort of KT and its 50 subsidiary companies, and where he initiated R&D on SDN (Software-Defined Networking). He was Chairman of National Intelligence Communication Enterprise Association, and Chairman of Telecommunications Technology Association (TTA) Standardization Board in Korea. He is a co-founder and Executive Director of SDN/NFV Forum since 2014 in Korea (https://www.sdnnfv.org/). His research interests include network innovation (such as SDN and NFV), blockchain, fog & cloud computing, mobile services, Smart IPTV, and ICT convergence (such as Smart Home, Smart Grid, e-Health). He was co-founder and CTO of Netstech, a Palo Alto, USA-based startup developing network integrated ultra-dense, blade servers from 2000 to 2002. Over the past 25 years, James has been an active volunteer in various committees in IEEE, ComSoc, and KICS. He has served as Steering Committee Chair of IEEE NOMS, IM and APNOMS, as well as Chair of CNOM and KNOM. He has also been serving as EiC of Wiley’s International Journal of Network Management (IJNM, https://onlinelibrary.wiley.com/journal/10991190) as well as an editorial member of the IEEE TNSM, JNSM and JCN. He was General Chair of 2018 IEEE Blockchain Summit Korea (http://sites.ieee.org/bcsummitkorea-2018/), IEEE NetSoft 2016 (http://sites.ieee.org/netsoft-2016/) and IEEE NOMS 2018 (http://noms2018.ieee-noms.org). He is General Chair of 2019 IEEE International Conference on Blockchain and Cryptocurrency (http://icbc2019.ieee-icbc.org/). James received his HBSc and MSc degrees in Computer Science from the University of Western Ontario, Canada in 1983 and 1985, respectively, and the PhD degree in Computer Science from the University of Waterloo, Canada in 1991.

Introduction and Programming with IoT Boards