Scheduled maintenance: Coursera will be performing site-wide maintenance starting April 2, 2020, at 9 P.M. Pacific Time and will be unavailable for up to two hours. 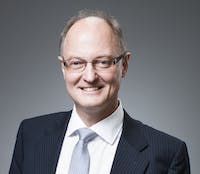