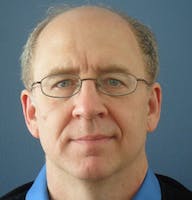 Picker's primary areas of interest are the laws relating to intellectual property, competition policy and regulated industries, and applications of game theory and agent-based computer simulations to the law. He is the co-author of Game Theory and the Law. He currently teaches classes in antitrust, copyright, network industries, and secured transactions. He served as Associate Dean from 1994 to 1996.

Internet Giants: The Law and Economics of Media Platforms