Taught by Meta Staff
4558 ya inscrito

React Native is an open-source framework for building cross-platform applications (apps) using React and the platform’s native capabilities. In this course, you will move from the basics of React to a more advanced implementation using React Native. You’ll review a wide range of different React components and ways of styling them. And you’ll get to practice using different mobile methods of interactivity with React Native.

Some of the basics skills you will learn include: • Building a single-page React Native app and styling it using basic components • Building large lists and configuring user inputs within a React Native app • Using the Pressable component to build buttons and other clickable areas • Setting up an app with React Navigation and moving between screens You’ll gain experience with the following tools and software: • React • React Native • Front End development languages (HTML, CSS and JavaScript) • JSX • Code editing programs, such as Expo and Visual Studio Code This course is for learners who would like to prepare themselves for a career in mobile development. To succeed in this course, you will need foundational knowledge of React basics, internet navigation skills and an eagerness to code. 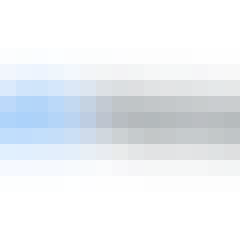 Meta builds technologies that help people connect with friends and family, find communities, and grow businesses. The Meta Professional Certificates create opportunities so that anyone regardless of education, background or experience can learn high-quality skills to land a high-growth career—no degree or experience required to get started. Meta also offers training courses on the metaverse to educate people, brands, businesses and professionals on the opportunities it presents and what it means for our world today and into the future.

In this module, the basic structure and use of React Native is explored and demonstrated. You will learn to build a single page React Native app and style it using basic components such as View, Text and StyleSheet.

In this module you will learn about the core components of React Native. You will learn to build large and performant lists with the FlatList and SectionList components. You will then learn to configure user inputs via keyboard using the TextInput component. By the end of this module, you will gain the knowledge to build large lists and configure user inputs within your React Native App.

In this module you will learn about using the Pressable component to build buttons and other clickable areas. You will then learn about displaying and styling images within the app. Finally, you will explore some common React Native hooks that come handy during development

Practice and reflect on the skills you learned in this course.

It was a little slow moving, but that actually turned out to make it much easier to absorb - it covered all of the key stuff to quickly start coding using React Native. I would recommend.

Excellent Course to get started with cross-platform mobile application development.

A direct and excellent course. I acquired a significant amount of information. Thank you!