At first glance the fields of religion and ecology may seem and unlikely pairing, but a deeper consideration reveals the two have a great deal to contribute to one another and are indeed inextricably linked. Religions recognize the unity and interdependence of humans with nature. Ecological sciences affirm this deep interconnection with the natural world. This partnership can inspire work for the wellbeing of the Earth community

There is a need for broader literacy and deeper knowledge of the world’s religions and their ecological contributions. This specialization, "Religions and Ecology: Restoring the Earth Community", contributes such a perspective. Each course celebrates the vitality of religiously-informed action for the Earth and recognizes the longstanding contributions of Indigenous peoples in offering visions and practices for ecological flourishing. This course is part 3 of 5 of the "Religions and Ecology: Restoring the Earth Community" specialization that focuses on the ecological dimensions of religious traditions throughout the world. The course you are about to begin is designed as a gateway to these aspects of the South Asian religions, philosophies, and practices of Hinduism, Jainism, Yoga, Buddhism, Sikhism, and Baha’i Faith. So much has emerged in the last several decades in this area, as you will see. While we have taught this course at Yale, we have adapted it for learners from a wide range of backgrounds. This course is for lifelong learners curious to know more about world religions and ecology, environmental professionals eager to deepen the discourse of environmental protection and conservation, those working with non-profit organizations and NGOs on issues of ecological justice, and religion leaders and laity who wish to know how they can contribute to interreligious dialogue on environmental projects. 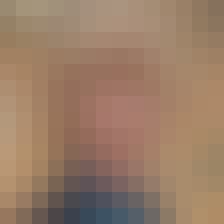 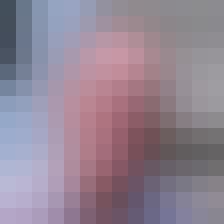 For more than 300 years, Yale University has inspired the minds that inspire the world. Based in New Haven, Connecticut, Yale brings people and ideas together for positive impact around the globe. A research university that focuses on students and encourages learning as an essential way of life, Yale is a place for connection, creativity, and innovation among cultures and across disciplines.

We examine some of the key environmental problems in India and the larger region. With over a billion people and with rapid industrialization, levels of pollution of air, water, and soil have increased dramatically in the last several decades. We then explore the intersections of religion and ecology and its promises for South Asia.

MODULE 3: Hinduism and Ecology - From Vedas to Vedanta (Upanishads)

We explore some of the oldest scriptures in the world, the Vedas and the Upanishads, and their connections to nature. These foundational texts have been studied and interpreted for centuries in India and are now translated into many languages. They have also influenced many Western writers and thinkers such as Ralph Waldo Emerson, Henry David Thoreau, and T.S. Elliot. Now their ecological implications are being appreciated for religious environmentalism.

We examine the teachings of the Bhagavad Gita, especially the idea of devotion (bhakti), namely, affection to the divine as manifested in human and natural forms. Major examples of such devotion are found in the sacred rivers of India, namely the Yamuna and Ganga. We also highlight Hindu perspectives on food, animals, and biodiversity.

MODULE 5: Yoga and Jainism - Detachment from and Affirmation of the World

We look at the teachings of yoga as both an ancient philosophy and a modern practice with ecological implications. We then explore the significance of yoga for environmental awareness and action. We conclude by examining the ecological teachings of Jainism and its reverence for all forms of life.

MODULE 6: Buddhism and Ecology: The Interdependence of All Reality

This module explores the basic teachings of Buddhism and their relevance to the environment. We discuss the life of the Buddha and his key insight regarding the interdependence of all reality. We then consider the spread of Buddhism across Asia and its diverse expressions in art and culture. We also recognize the presence of Buddhism in the West and its influence on ecological engagement.

This module explores Buddhist forest protection in Southeast Asia as well as Buddhist attitudes toward food, animals, and biodiversity. The teachings of the Vietnamese Buddhist monk, Thích Nhất Hạnh, are highlighted with particular attention to “interbeing,” or interdependence.

MODULE 8: Sikhism and the Baha’i Faith: Unity of Spirit and Matter

We examine the teachings of Sikhism as articulated by their founder, Guru Nanak, and their central scripture, Adi Granth. In Sikh understanding there is no separation between humans and the rest of nature; this gives rise to an environmental ethic of care explicitly expressed in Sikh tree planting and a social justice ethic focused on food distribution. The second section emphasizes the Baha’i Faith and the ways it integrates the teaching of unity with ecological knowledge and engagement. For several decades, the Baha’i Faith has been actively engaged in international forums on the environment.

Why do religions matter when we talk about environmental problems and solutions?

The environmental crisis is not simply a political, economic, or technological problem; it is a moral and spiritual call to long-term change. Religious narratives resonate with large numbers of people —85% of the world’s population belong to religious communities. Religions have educational institutions around the world that can inspire people for an ecologically just future. Religious structures and sacred spaces provide a symbolic and practical context for aligning humans with nature. Religions have financial assets that can be used for transformative change, such as divestment and reinvestment. To whom will these courses appeal? Lifelong learners curious to know more about world religions and ecology Environmental professionals eager to deepen the discourse of environmental protection and conservation Those working with non-profit organizations and NGOs on issues of ecological justice, especially where minority communities are adversely affected Those involved in education -- College and high school students looking for a broader view of religion and spirituality, teachers developing curriculum, Those involved in the world’s religions -- Religious leaders and laity who want to know how they can contribute to interreligious dialogue on environmental issues; Religious communities interested in building engaging projects, such as the restoration of local bioregions.