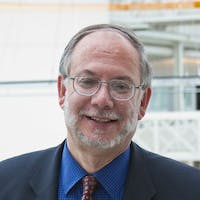 Dr. Jenks is an adjunct professor at the Columbia University School of International and Public Affairs and lectures at the Geneva Graduate Institute of International and Development Studies and at the University of Geneva. He is a fellow at the Center for International Cooperation (CIC) at NYU and has been a senior non-resident fellow at the Corporate Social Responsibility Initiative of the Harvard University Kennedy School of Government (2010-13). Jenks is currently co-leading a project on ‘UN Development at a Crossroads‘ funded by five governments. Since 2010, he has consulted with a number of Organisations, including the Office of the Secretary-General, the UN Department of Economic and Social Affairs, the UN Chief Executive Board, and AusAid. In 2013 Dr. Jenks was appointed by the Secretary-General to be a member of the Council of the University for Peace, established by the United Nations General Assembly in 1980. Dr. Jenks served as Assistant Secretary General at UNDP. He was responsible for UNDP’s resource mobilization, and for relations with the Executive Board, donors, UN agency partners, the World Bank, OECD/DAC, the private sector and civil society ( 2000-10 ). During this time, total income to UNDP amounted to $40 billion, increasing from $2.2 billion in 2000 to $5.5 billion in 2009. He established the Multi-Donor Trust Fund Office entrusted with the management of UN system- wide resources with a current portfolio of $6 billion. He worked closely with the last five UNDP Administrators. He served as Director of Budget and Chief of Staff and Director of the Office of Strategic Planning. He was appointed by the Secretary General as the first Director of the UN Office in Brussels with a mandate to strengthen UN-EU relations.(1995-97). Specific responsibilities have included oversight of the Executive Secretariat to the Private Sector Commission launched by the Secretary General and co-chaired by Ernesto Zedillo and Paul Martin, exercising overall coordination of UNDP’s mandate to provide system wide leadership on the Millennium Development Goals (2002-04) and membership of the OECD/DAC Reflection Group charged with making recommendations on the future of the OECD/DAC. He served as Chair of the Secretary General’s Task Force on strengthening relations with the European Union, Chair of the UN system wide NGO Committee, and Chair of the Advisory Board on Growing Inclusive Markets. Dr. Jenks has a PHD from Oxford University, an MA from Johns Hopkins School of Advanced International Studies and a BA from Cambridge University. He has been a guest speaker at universities and conferences in some 40 countries and has authored numerous articles and policy papers. In 2011, he was awarded an OBE (UK) and the Order of the Rising Sun, Gold Rays with Neck Ribbon (Japan).