The Kennedy Half Century

The Kennedy Half Century

When John F. Kennedy entered the presidential limousine at Love Field in Dallas, Texas on November 22, 1963, he began his ride into history. That journey continues even today and we call it the Kennedy legacy.

This course will explore the Presidency, assassination, and lasting legacy of President John F. Kennedy. Students will learn how JFK’s life, administration, and tragic death have influenced the general public, the media, and each of the nine U.S. presidents who followed. Understanding the Kennedy legacy and being able to identify elements of his legacy within the context of modern politics helps understand many of the vexing problems that developed over the last half century as well as many of the challenges that confront us today. November 22, 1963 was so powerful a moment that in the fifty years since the assassination, every U.S. President that followed JFK has used Kennedy’s words and actions in an effort to craft their own political image. Why does Kennedy’s influence persist, and will it continue? What are the effects? We’ll address these questions and more as we explore The Kennedy Half Century. Follow on Twitter: @JFKclass. 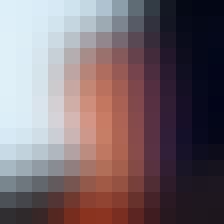 A premier institution of higher education, The University of Virginia offers outstanding academics, world-class faculty, and an inspiring, supportive environment. Founded by Thomas Jefferson in 1819, the University is guided by his vision of discovery, innovation, and development of the full potential of students from all walks of life. Through these courses, global learners have an opportunity to study with renowned scholars and thought leaders.

The Kennedy Presidency and Assassination

The Kennedy Effect Over Fifty Years

A little heavy on the sales pitch for the prof's book but nice to see video footage etc used. A little skippy on the more recent presidents but I guess that is fairly likely as time goes on

Extremely interesting and detailed look at a topic which has captured the imagination of my generation. Many thanks to Professor Sabato and his team

Excellent course, taught in a very proactive way. You can tell that this is one of Dr. Sabato's favorite subjects. Way better than other history courses that I have taken. Congratulations!

Very well put together and presented. New information is provided even for us Boomers who grew up absorbing anything about the life, death and work of Kennedy.

Thank you very much.