Knowing the Universe: History and Philosophy of Astronomy

Knowing the Universe: History and Philosophy of Astronomy

This is an introductory level course about the history and philosophy of astronomy, the oldest science. We'll look at how humans learned to ask questions about the universe, and even before the invention of modern instruments like the telescope, learned some amazing things about their place in nature. We will start with prehistoric cultures who kept accurate calendars and move through the time of the Greek philosophers who laid down the rudiments of logic and mathematics and the modern scientific method. We'll then examine the revolutions of Copernicus, Galileo, and Newton that redefined our place in the universe. We will then learn about the revolutions in physics in the early 20th century that redefined our ideas of space and time, mass and energy. Finally, we will discuss how modern cosmology has shown us that we live in an ancient universe (14 billion years old), in one galaxy in a universe of hundreds of billions of galaxies. At the end, will ask questions that don't necessarily have answers. What came before the Big Bang? Is there anything outside our universe? What is reality? We'll finish by looking at the role of life in the universe and ask whether the earth is the only place with biology on it. 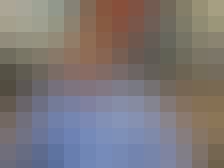 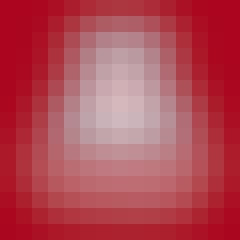 The University of Arizona is the state’s land-grant university and a member of the Association of American Universities—made up of just 62 universities in the country. As one of the world’s premier public research universities, the university conducts more than $625 million of research annually. Home to two allopathic medical schools in Tucson and Phoenix, the UA Tech Park, and a member of the Arizona Space Grant Consortium, the university creates an $8.3 billion economic impact for Arizona. U.S. News and World Report placed 14 University of Arizona graduate programs among the top 20 in the nation and it is one of the nation’s top producers of Fulbright Scholars. With its strategic academic and business plan, “Never Settle,” as its guide, the university is producing graduates who are global citizens, engaged leaders, and fulfilled individuals.

Welcome to Knowing the Universe: History and Philosophy of Astronomy

This module welcomes students to the course and explains the structure and assignments of the class.

What was the Early History of Astronomy? From the Neolithic era to the Classical Greek era, we explore the origins of humanity’s fascination with the night sky and the practical applications of their observations and discoveries.

The Golden Age of Science

The scientific revolution had a far-reaching impact on the field of astronomy. From Kepler’s laws of planetary motion to Newton’s theory of universal gravity, the Golden Age of Science brings with it new tools and methods to understand the universe and our place in it. Additionally, we discuss how the study of the universe gives us insight into the history of our home planet.

This module explores the creation of different astronomical tools and methods used to observe and gather data from the night sky. We then jump to Einstein, his theory of relativity, and how our modern observations give confirmation to the validity of this theory.

Theory of Atoms and Stars

What are stars? How are they created? How and why do they die? By closely examining atomic theory, the answers to all these questions and more are discussed in this module.

This module answers the “big questions": how was the universe created, how old is the universe, and will the universe come to and end? Galactic and super-galactic structures are examined as well.

Life Beyond the Earth

This module attempts to answer one of humanity’s most pressing questions: are we alone in the universe? Through the discussion of exoplanets and astrobiology, we hope to shed some light on this matter.