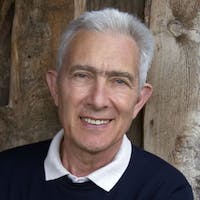 Born in Los Angeles, Arnold Steinhardt began his studies with Karl Moldrem, Peter Meremblum, and Toscha Seidel and made his debut with the Los Angeles Philharmonic at age 14. At the Curtis Institute of Music, he studied with Ivan Galamian and later with Joseph Szigeti. In 1958 Mr. Steinhardt won the Leventritt Award and appeared as soloist with major United States orchestras, such as the Cleveland Orchestra, where he was invited by George Szell to serve as assistant concertmaster (1959 to 1964).

When the Guarneri String Quartet was founded in 1964, Mr. Steinhardt became its first violin, a post he held through the group's retirement in 2009. He continues to perform throughout the world and has made many recordings as soloist and with the Guarneri Quartet, about which he has written the widely acclaimed book Indivisible by Four. His latest book, Violin Dreams, appeared in 2006. Mr. Steinhardt writes a monthly blog, In the Key of Strawberry.

A member of the Curtis Institute of Music faculty since 1968, he also teaches at Bard College and the Colburn School of Music.

Other topics to explore

Start or advance your career

Earn a degree or certificate online