History of Rock, Part One

History of Rock, Part One

This course, part 1 of a 2-course sequence, examines the history of rock, primarily as it unfolded in the United States, from the days before rock (pre-1955) to the end of the 1960s. This course covers the music of Elvis Presley, Chuck Berry, Phil Spector, Bob Dylan, the Beatles, the Rolling Stones, Jimi Hendrix, Cream, and many more artists, with an emphasis both on cultural context and on the music itself. We will also explore how developments in the music business and in technology helped shape the ways in which styles developed.

Rock emerged in the mid 1950s as a blending of mainstream pop, rhythm and blues, and country and western--styles that previously had remained relatively separate. This new style became the music of the emerging youth culture and was often associated with teen rebellion. We will follow the story of how this rowdy first wave of rock and roll (1955-59) was tamed in the early 60s but came roaring back with the Beatles and the Rolling Stones and then went psychedelic by the end of the decade. 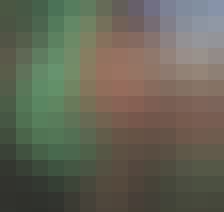 Professor of Music and Director
Institute for Popular Music 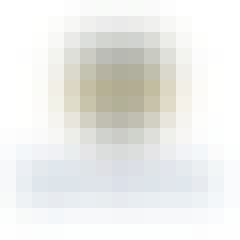 The University of Rochester is one of the nation's leading private universities. Located in Rochester, N.Y., the University provides exceptional opportunities for interdisciplinary study and close collaboration with faculty through its unique cluster-based curriculum. Its College, School of Arts and Sciences, and Hajim School of Engineering and Applied Sciences are complemented by its Eastman School of Music, Simon School of Business, Warner School of Education, Laboratory for Laser Energetics, School of Medicine and Dentistry, School of Nursing, Eastman Institute for Oral Health, and the Memorial Art Gallery.

The Role of Tin Pan Alley in mainstream pop, the formation of a national audience through radio and the rise of television, the pre-rock pop of Frank Sinatra, Patti Page, and Les Paul and Mary Ford; rhythm and blues in the years before rock and roll; country and western and the rise of Nashville.

Chart crossover and cover versions, the first hits of Bill Haley, Chuck Berry, Fats Domino, and Little Richard, the rise of Elvis Presley, the music of Jerry Lee Lewis and Buddy Holly, the rise of American Bandstand, the payola scandal and the "death of rock and roll."

Was this era the dark ages for rock music or was it a golden era cut short by the British invasion? The music of teen idols, the folk revival, early surf music, sweet soul, rockabilly pop, and girl groups. The Brill Building songwriters and the rise of the producer. Playlets and splatter platters.

The Beatles transform the UK music scene and then invade America. Other Beatles-type British bands. The London blues scene and the Rolling Stones. Other Stones-type bands. The Who and the Kinks.

Dylan, the Byrds and folk rock. Garage bands in the northwest. Sonny and Cher and the legacy of Phil Spector. TV rock, Paul Revere and the Raiders, and the Monkees. Music in New York and Los Angeles.

Berry Gordy and the rise and first flourishing of Motown. Atlantic, Stax, and southern soul (Memphis, Muscle Shoals, New York). Parallels between Motown and Stax. James Brown and the roots of funk.

How can music be psychedelic? Underground psychedelic scenes in San Francisco and London. Psychedelia in LA. The Summer of Love and the rise of hippie culture. The birth of FM rock and rock magazines. Woodstock and Altamont.

Final exam for this course.

This course has really helped to fill out my piecemeal understanding of the development of rock music. The pace and content of learning has been well considered and Prof Covach is to be congratulated.

Provided insight into what I was listening to as a pre-teen. I didn't have the exposure to some of the older roots or the an understanding of the business forces that shaped the music I had access to.

I found the course to be very interesting. I enjoyed learning about the artists and songwriters that shaped the birth of Rock and Roll and made it into the genre that so many are great fans of.

This is a very comprehensive course. I learned a lot about both the major and lesser-known bands important in the rise of rock music. I am looking forward to taking part two of this course.