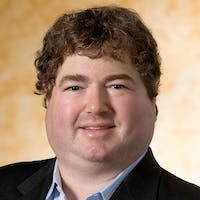 Joseph A. Konstan is Distinguished McKnight University Professor and Distinguished University Teaching Professor of Computer Science and Engineering at the University of Minnesota. His research addresses a variety of human-computer interaction issues, including recommender systems, social computing, and applications of computing to public health. His work on the GroupLens Recommender System won the 2010 ACM Software Systems Award. Professor Konstan has been recognized for his teaching through both University and College teaching awards. He has given popular webinars on recommender systems and on ethical issues in social computing research, and has taught dozens of short courses and tutorials on recommender systems, human-computer interaction, and related topics. Dr. Konstan received his A.B. from Harvard (1987) and his M.S. (1990) and Ph.D. (1993) from the University of California, Berkeley, all in Computer Science. He has been elected a Fellow of the ACM, IEEE, and AAAS, and a member of the CHI Academy. He is also a past President of ACM SIGCHI, the 4500-member Special Interest Group on Human-Computer Interaction, a member of the ACM Council, and vice-Chair of ACM's Publications Board. He chaired the first ACM Conference on Recommender Systems in 2007, as well as other conferences including ACM UIST 2003 and ACM CHI 2012.